European honey bee
Support includes identification and diagnosis of a number of pests and diseases:

Among the potential threats facing beekeeping in Northern Ireland are:

Both of the above are notifiable pests. In the case of imported queen bees, AFBI provides laboratory examinations of attendant bees and packaging to ensure imports are pest and disease free.
The statutory aspects of this work are carried out under The Bee Diseases and Pests Control Order (Northern Ireland) 2007.

Asian Hornet, a potential threat to honey bees in NI 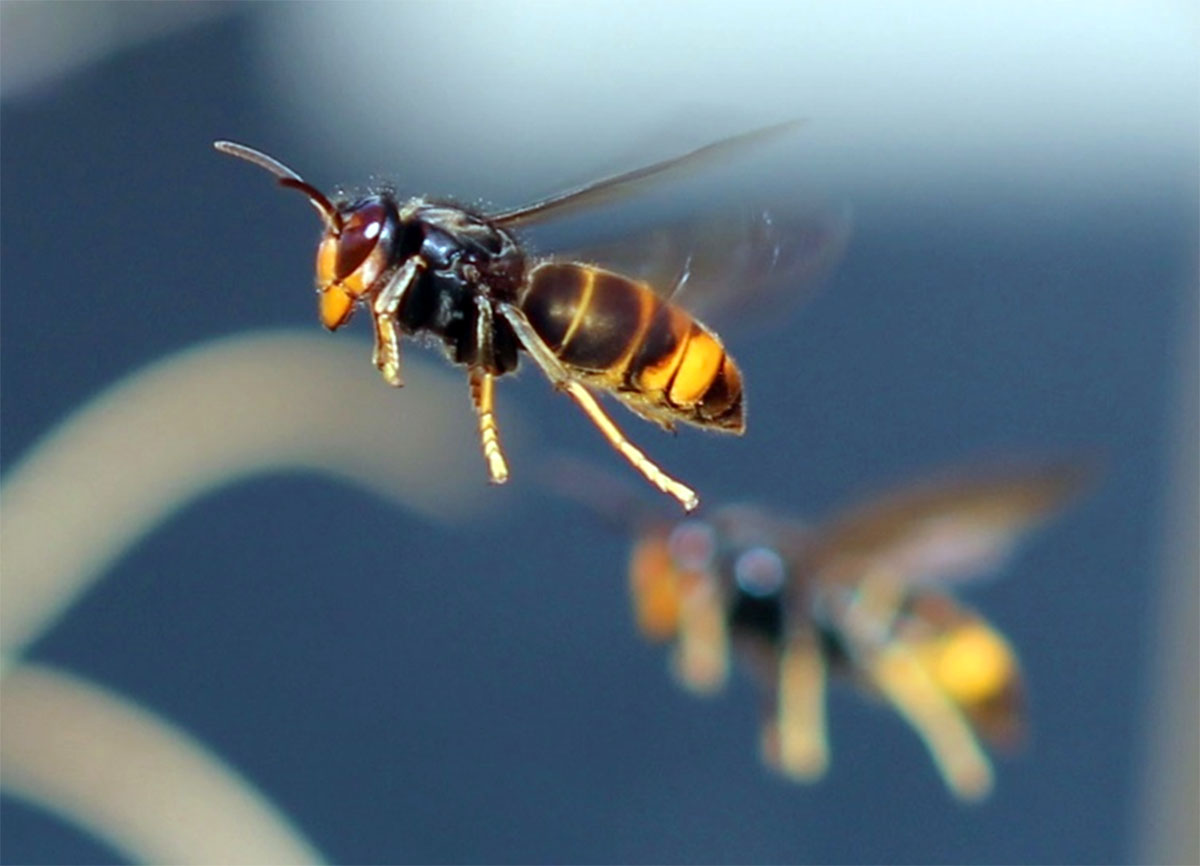 Asian Hornet, Vespa velutina (Photo attributed to Charles J Sharp)
The Asian hornet is primarily a predator of medium to large-sized insects such as flies, social wasps and in particular, honey bees. It is a widespread established species in Asia and was accidentally introduced to Europe where it was first recorded, in southern France, in 2004. Since then it has been found in Spain, Portugal, Belgium, Italy, the Netherlands, Germany, the Balearic Islands and the Channel Islands. From 2016-2020, there have been 18 confirmed sightings of Asian hornet in England; however these have been contained and destroyed and it has not yet become established as an invasive species.

In Northern Ireland, natural barriers – such as the Irish Sea – and more temperate climatic conditions would affect its arrival. However, introduction via shipping of commodities such as wood, soil, fruit and ceramics – as was thought to be the case in France - is a possibility and, if undetected, would present a major threat to NI beekeepers.

Any potential sightings of the Asian hornet can be reported to AFBI using the Contact link at the bottom of the page.

Within AFBI, our work on honeybees has mainly been statutory although we keep up-to-date with research developments through liaison with the National Bee Unit at the Central Science Laboratory York, Dr Rob Paxton’s bee research group at Queen’s University, Belfast, the Bee Research Unit at Teagasc and discussions with local beekeeping organisations.

National Insect Week encourages people of all ages to learn more about insects. Every two years, the Royal Entomological Society organises the week, supported by a large number of partner organisations with interests in the science, natural history and conservation of insects.

The survey was based on and was in conjunction with a national survey conducted by the National Bee Unit at the Central Science Laboratory, York. The reports for these surveys are available at the link below.